So a while back I did a semi-review (it was more of just some commentary) of a couple of concerts I had recently been able to attend. If you would like to peruse it, click this. If you recall, I said I would review two more concerts in my next installment soon. Well, the time has come.

June 13th was the day I went to see Sandra McCracken perform at the Prophet Bar in Deep Ellum.  My lovely husband accompanied me. I have been a big fan of Sandra’s music for a long time. If you know Caedmon’s Call,  Sandra is married to Derek Webb.  I think she is an extremely talented singer/songwriter/guitarist/pianist.  I saw her a long time ago play a club in Fort Worth with some friends and at that time, it was just Sandra and her guitar. She now has a band with her at shows and I am not sure if I like it. I had a really hard time at this concert, and I still don’t know why. First of all, there were maybe 25 people there. I know numbers aren’t always important, but I wanted more for Sandra. Second of all, you could hear a pin drop. All 20 of us were scared to make noise. Of course, Sandra sounded lovely, and my favorite part of the whole show was when she dismissed her band mates and asked if anyone wanted to hear anything in particular. That part was great. The other stuff was a little too technology driven with computer-made sounds along with the music. I am just not into that kind of sound, and I had no idea she had gone down that path. To the dark side.   Not really. Sadly, I left that concert very disappointed. If you want to hear how amazing Sandra McCracken is, check out her live album “Under Lights and Wires.” Superb. 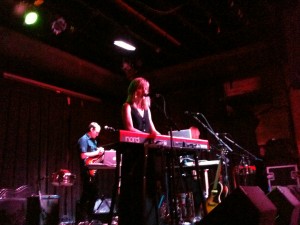 Sandra at the Prophet Bar

Fast Forward to July 13th and my sweet niece, Sadie, and I went to the John Mayer concert at Gexa Energy Pavilion, aka superpages.com Center, aka Smirnoff Music Centre, and finally, what I am most comfortable calling it, the Coca-Cola Starplex Amphitheater. Phillip Phillips opened for John, but we missed it due to traffic. I only know one of his songs, so it was ok that we missed it. You know that song “Home”? Yes, it’s overplayed, but I really like it. Oh well.  Let me just say that I was not a John Mayer fan before going to this show. I mean, I knew a few of his really famous songs like…well, you know what they are. And he did not play any of those songs at this show. But you know what? I didn’t even notice that I wasn’t familiar with any of the songs because I was so in awe of this guy’s talent. Sadie and I realized that John wasn’t going to play the really popular songs because he is so artsy, he cares more about the show as a whole and not what the audience wants. And normally, that would annoy me, but not at this show.

Let me also say that I am vaguely aware of some of the really dumb things John Mayer has spoken, and I think those words led to a strong ambivalence toward him. When I decided to go with Sadie to the show, I put those things aside because he was a young punk. I have been a young punk before and wished I hadn’t said certain things.  Digression over. So the band started off with 4 songs in a row with slick transitions. I was too dumbfounded to even know how to feel. In case you haven’t guessed, I loved this show. I loved it for so many reason. The first being that I got to spend extended time with my wonderful niece, who is a talented musician in her own right. The second being that the music was absolutely incredible. I grew up listening to Stevie Ray Vaughn, Jimi Hendrix, Eric Clapton, and there were hints of those influences at this show. I love me a good guitar solo, and there were plenty, maybe even too many. But it was goooood. There were no pyrotechnics, no shticks, just an awesome band passionately playing because they love it. My super cool new pastor was there too, and gave me the “Where the Light Is” Live album so I could get acquainted with John Mayer throughout the years. It’s really good. If you are new to John Mayer like I am, it’s a good place to start. You won’t be disappointed. 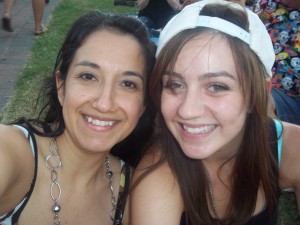 Sadie and me at the show 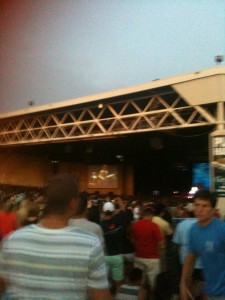 John Mayer on the screen at Gexa-Smirnoff-Starplex

So there you have it. A not-very-specific-just-my-opinion review of a couple concerts this summer. I am not sure what shows will be next. Anyone know of any good shows coming up? We are thinking about seeing Vampire Weekend when they come, but haven’t decided yet. I am always up for Steve Miller Band when they play, but we’ll see. It might have to be Bell Biv Devoe and Tony Toni Tone. Just kidding. Maybe.

This site uses Akismet to reduce spam. Learn how your comment data is processed.